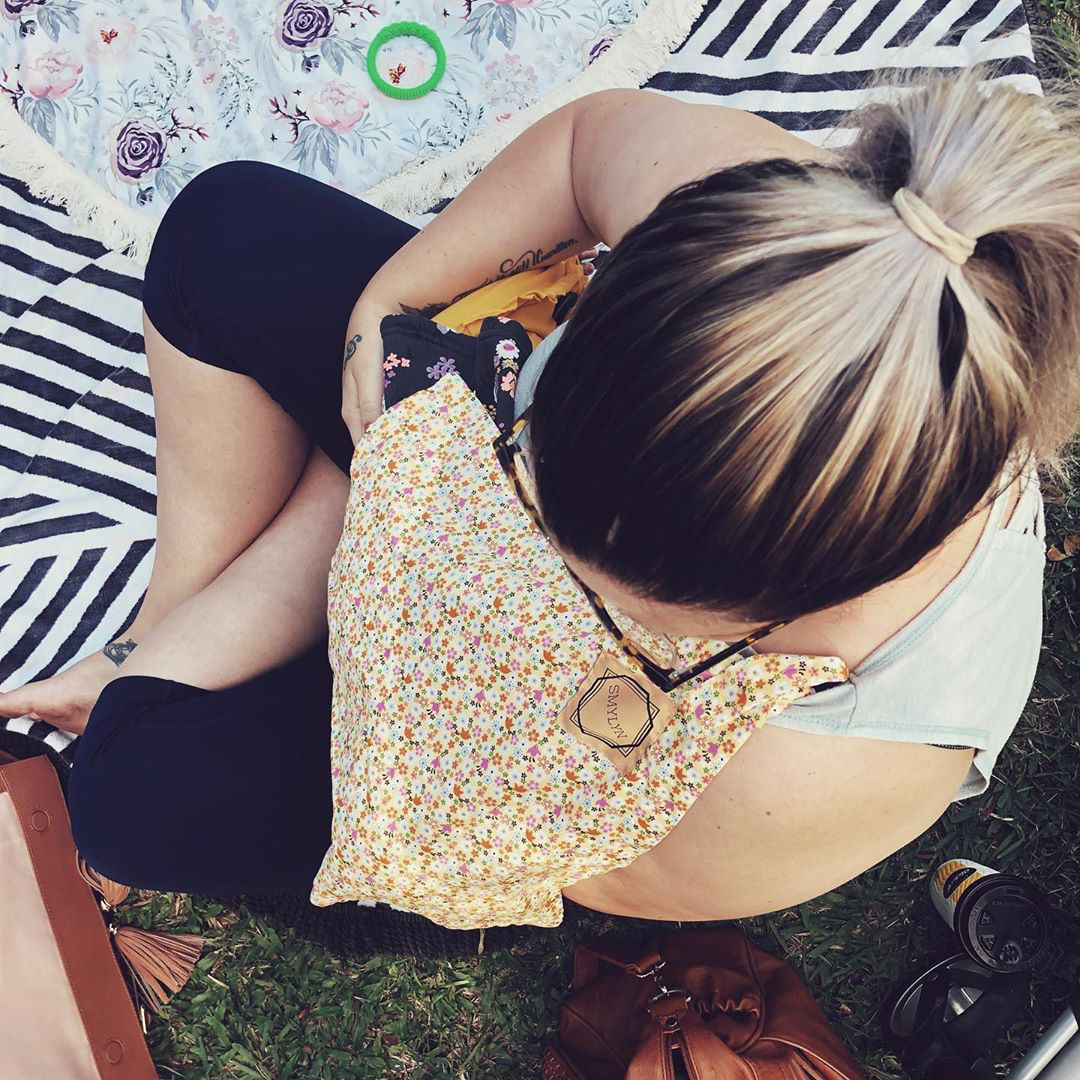 Is a Patented breastfeeding cover system. No other cover attaches to the bra strap, is as small and lightweight; or designed to catch the spits, drips and sprays. It helps mums feel more comfortable about feeding no matter where they are.

With a range of cute fabrics for mum and baby you can choose the design that suits your personal style or chose one that suits bubs. The Smylyn Bubby Cover is small and lightweight to help manage the heat and stop bubs from sweating or getting sweat rash while feeding. It provides a protective barrier between baby’s head and mum’s arm and has a natural fibre towel lining to keep everything dry and cool 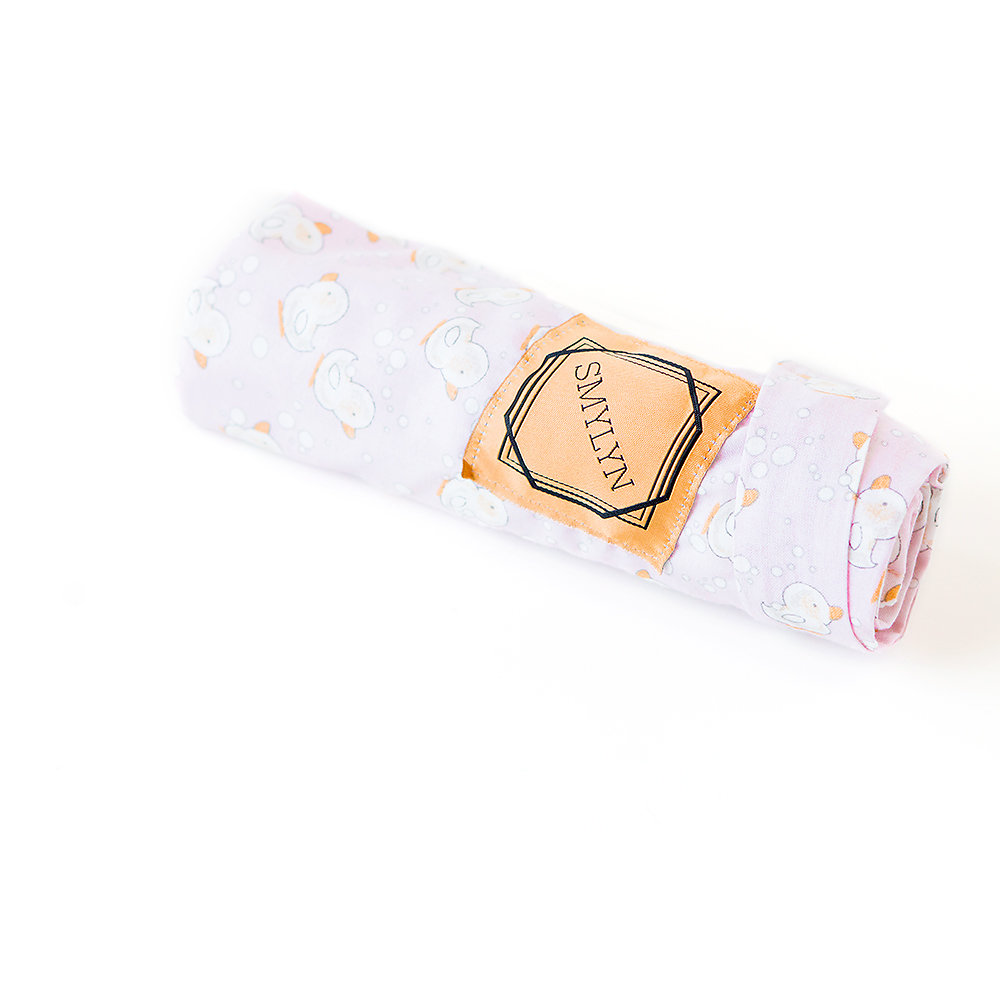 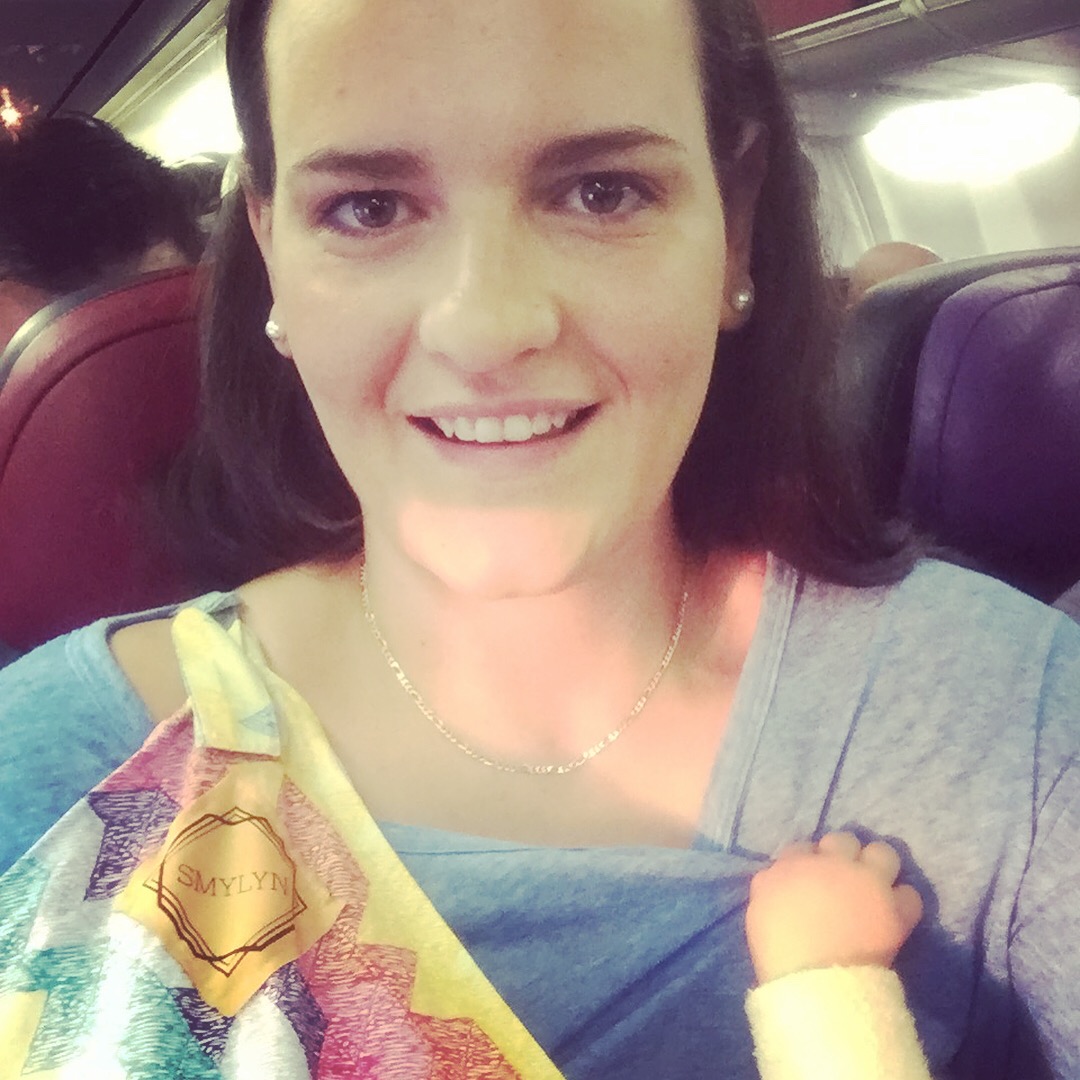 I’m Lisa, I am the creator of the Bubby Cover and Founder of Smylyn.com.au. I want to share with you my experience with breastfeeding my two girls so that you have the confidence and comfort of being able to feed your little ones.

A little about my story

March 2015 my husband and I welcomed our first beautiful daughter into the world.  Throughout my pregnancy, during my nesting and planning phases, I was determined that I would breastfeed and that I wanted to use a cover.  I didn’t have any pressure on me to make this decision, it’s just what I always knew I would be most comfortable doing.  So I went ahead and purchased an apron style cover that I had seen a friend using.

When Gwendolyn arrived, I had forgotten to pack this in my hospital bag (I was so focused on the birthing stuff that I had not even given a thought to the fact that I would have to feed the baby after it was born).  So when I had my first few visitors in the hospital and needed to feed I resorted to what many mothers have tried – the old ‘muslin tucked into the bra strap trick’.  This was less than successful and rather awkward really.  Upon arriving home I went straight to using the apron.  This was less awkward, as it wasn’t falling down as much but I was finding it really hot.  Living in Darwin in the wet season is pretty uncomfortable, so draping a rather large cloth over the two of us was just creating a breastfeeding oven.

The other thing that I had not expected to encounter was the need to latch correctly, and potentially re-latch, and re-latch, and re-latch.  Bub was learning how to feed correctly and I was very quickly learning that if I did not correct her it just meant pain!!  The thing that surprised me the most was the fact that the milk did not just stop when I removed the nipple from my daughter’s mouth, it just kept on flowing.  So as you can imagine this phase of our breastfeeding journey together was a tad messy.  I had a constant supply of cloth nappies that I also used to put under her head (as I did not like the feeling of her sweating on my arm as she fed) and I used these for burping after she had finished too.

So after Gwendolyn was a couple of weeks old, I managed to get some time to get behind my sewing machine and knock something together that I had been daydreaming about.  I had been thinking, how can I have something that won’t fall down, won’t be as hot, can help with managing the milk spillage, that I can use for burping too and something that looks a bit nicer than a cloth nappy to take out in public.  My first prototype had been created.  I used this constantly and loved it so much that I made three more.  I spent my whole breastfeeding life with my first daughter using them.

Then upon the arrival of my second daughter, Evelyn in 2017, I dragged out my trusty covers again and started using them from day one.  I had more confidence this time around with the breastfeeding tricks, but Evelyn was still learning so I had many of the same ‘latching and re-latching equals spillage’ problems.  This time around though, I was out and about so much more and people kept noticing and commenting on my cover.  They kept asking me ‘where did you get that?’  After telling them that I made it they would always quickly follow it up with ‘You should sell them’.  I thought surely this is not a new idea, someone must have thought of this before.  But, after looking into it, there was nothing else around like it.  So, with the support of my husband we sought some advice, patented the idea and started sewing.  Here we are now just six months after our launch attending the Pregnancy Baby and Children’s Expo.  We are such a new concept that people have not seen that it is exciting to share our product with all of the smiling faces that come by.

Surprisingly, despite being a natural process, breastfeeding does not always feel natural in the beginning. When having my first daughter I was tired and exhausted. Despite being elated at looking her in the eyes for the first time I was worried about the first feed. Neither of us had done this before, it was a first encounter and both of us felt a little awkward. She had a natural desire to suck on something but did not know what she was aiming for and presumably did not know what she would get as a result. The first feed did not go so great, she kept popping off and her first instinct was to bite down when she thought she had it and let go when she didn’t get anything. This quickly became painful. The next thing was that my skin was not used to that kind of punishment, they dried and cracked, and became instantly painful every time she tried to eat.

Although this sounds horrible and scary, there were several things I could have done to prevent the discomfort. Firstly, is the use of a balm leading up to and during the first few weeks of breastfeeding. This was something I neglected and having gone through it, feeding could have been significantly less uncomfortable. After the initial shock of being a first-time mum, there is nothing better than sitting down together and staring into each other’s eyes as you take comfort in knowing you are everything to her in that moment.

The milk that you produce is so good for baby that it is all they need for the first 6 months of their life. It helps them to grow big and strong, prevent disease, reduces several other health risks and so on. Feeding your baby, it’s a no brainer.

The other benefits are that you get to connect with your child as they bond with you and learn from you while listening to you speak, hearing your heart beat and keeping warm in your embrace.